Emergency Contraception (EC) contains synthetic progestogen (not to be confused with naturally occurring progesterone) and is a large dose of the common birth control pill, designed to be taken as a single dose within 72 hours after “unprotected sex.”

EC works in three ways, First, it attempts to stop ovulation. Depending on where a woman is in her cycle, ovulation may or may not have already occurred before EC was taken. Second, EC tries to stop implantation by altering (thinning) the lining of the endometrium (or uterus) so the embryo cannot implant and receive nourishment from the mother. The first two methods are contraceptive, but if they fail, the third method can cause an abortion because it occurs after fertilization.

EllaOne is a selective progesterone receptor modulator (SPRM). SPRMs block the action of the hormone progesterone, which is necessary for ovulation and implantation to occur. Progesterone also maintains the lining of the uterus and supports the embryo. Currently, the only other legal SPRM drug available in the United States is RU-486 (mifepristone). Although ellaOne acts similarly to RU-486, it is being billed as an emergency contraceptive. 2 EllaOne is designed to be taken as a single does within5 days of “unprotected sex.” It is thought to inhibit and delay ovulation, attempting to prevent fertilization. However, ovulation may or may not have already occurred before ellaOne was taken. EllaOne also alters the lining of the uterus, which, if fertilization occurs, can prevent an embryo from implanting, causing an abortion. 3,4

Mifeprex bloacks the action of the hormone progesterone which is needed to maintain the lining uterus and provides oxygen and nutrients for the baby. Without it, the baby dies. Mifeprez is used in conjunction with the drug Cytotec (misoprostol), which is taken two days after Mifeprex, causing uterine bleeding (sometimes profuse), strong contractions, and expulsion of the baby.

In this first trimester procedure, the abortionist inserts a hollow plastic suction tube into the dilated cervix. The uterus is emptied by either a manual syringe or high-powered suction machine. The baby is torn into pieces as he or she is pulled through the hose. 7,8,9

This is similar to the vacuum aspiration but is generally used after 14 weeks. After the baby is suctioned out of the uterus the abortionist inserts a curette, a loop-shaped, steel knife, into the uterus. With this the abortionist cuts the placenta and umbilical cord into pieces and scrapes them out into a basin. The uterus is again suctioned out to ensure that no body parts have been left behind. Bleeding is usually profuse. 10

Once the cervix is dilated considerably farther than in first trimester abortions, the abortionist inserts a narrow forceps that resembles a pliers. The instrument is needed because the baby’s bones are calcified, as is the skull. The abortionist inserts the instrument into the uterus, seizes a leg or other part of the body and, with a twisting motion, tears it from the baby’s body. The spine is snapped and the skull crushed. Body parts are then reassembled and counted to make certain that the entire baby has been removed and that no parts remain in the womb. 11,12,13,14

Labor is induced using prostaglandin drugs, and the cervix is dilated. To ensure the baby will be dead upon delivery and to start uterine contractions, the abortionist may inject saline (salt water) or urea (a substance found naturally in urine and blood). To guarantee against a live birth and legal complications, doctors will inject the drug Digoxin or potassium chloride directly  into the baby’s heart to kill the child before delivery. Other times the baby is delivered alive and left without medical intervention until he or she dies. 15 This method is used in the second or third trimester. 16 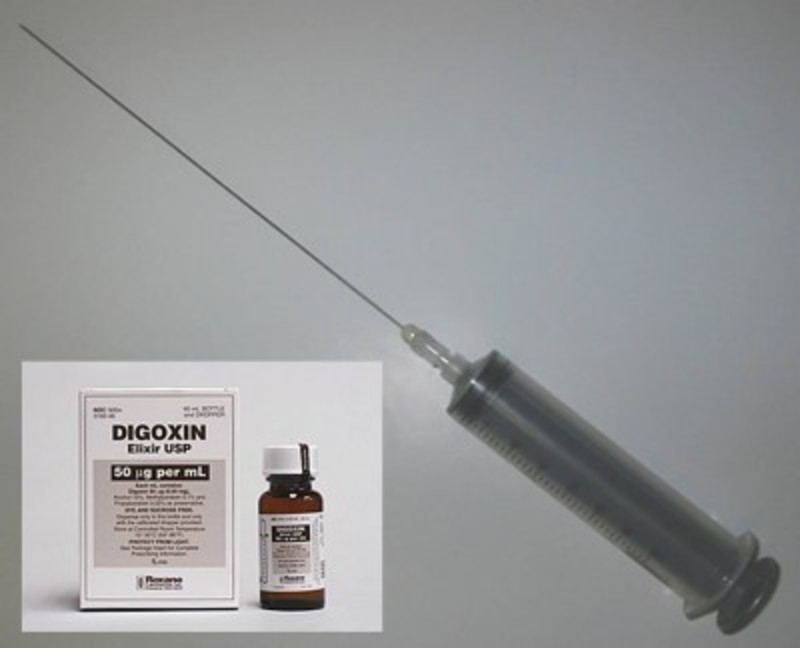 After the mother undergoes two days of dilation, the abortionist performs an ultrasound to locate the child’s legs and feet. The abortionist then uses a large forceps to grasp one of the baby’s legs. He pulls firmly, forcing the child into a feet-down position.

Using his hands instead of forceps, the abortionist delivers the baby’s body in a manner similar to a breech birth. The baby’s head remains inside the birth canal. The abortionist uses surgical scissors to pierce the child’s head at the base of the skull. The scissors are forced open to enlarge the skull opening. The abortionist then inserts a suction catheter into the brain and vacuums out the child’s brain tissue with a machine 29 times more powerful than a household vacuum.

In the 2007 decision, Gonzales v. Carhart, the Partial Birth Abortion Ban Act of 2003 was upheld; however, this does not limit the frequency of late-term abortions. The “Ban” merely regulates one method used in late-term abortions. It is still legal for a doctor to kill a child up until the time he or she is born using a modified version of Partial-Birth Abortion. The baby can be delivered up to the navel and then killed. 17