Abortion. No Matter What. - The Planned Parenthood Project

With over one billion dollars in assets and a half a billion of taxpayer dollars ($542.4 million) funding their abortion chain1, Planned Parenthood Federation of America (PPFA) is a worldwide force in providing abortions. Although they claim that their ‘Abortion Services’ are only 3% of their medical services, the 333,964 abortions committed provided (using $625 as the average provided by their site) an enormous revenue of over $208,727,500. In addition, the nation’s abortion giant only provided prenatal care to 28,674 women and made a measly 2300 adoption referrals. That’s 145 abortions for every ONE adoption referral.

Tragically, 98% of these pregnant women leave Planned Parenthood clinics without a baby. Our tax dollars fund 45% of Planned Parenthood’s budget despite the fact that they’ve failed miserably in reducing the national 49% “unintended” pregnancy rate in nearly two decades. This rate hasn’t changed since 1995, according to the CDC Pregnancy Risk Assessment Monitoring System (PRAMS)2.  The claim that our tax dollars don’t fund abortion is completely false. The Hyde Amendment does not prohibit funding of abortions in cases of rape or incest nor when the life of the mother is endangered.

In the embedded image to the left, self-described ‘radical feminist’ Gloria Steinem proudly dons the t-shirt proclaiming “I Had An Abortion”.  Although it is the title of a 2005 documentary featuring Steinem, the t-shirt was sold, proudly, by Planned Parenthood Federation of America (PPFA) in a massive campaign to publicly proclaim the liberating act of abortion.3 Herein lies the hypocrisy of PPFA, who claims the issue of abortion is a private matter (and pours millions of dollars into fighting any legislative infringement of the ‘right to kill a child’), unless of course, publicity of it generates revenue. The amount of dissonance that firmly envelopes PPFA’s propaganda is staggering, denying even the basics of biology. Faye Wattleton, an African-American, was PPFA’s longest serving president from 1978-19924. She sums up the pro-abortion mentality in a rare moment of candor:

“I think we have deluded ourselves into believing that people don’t know that abortion is killing. So any pretense that abortion is not killing is a signal of our ambivalence, a signal that we cannot say yes, it kills a fetus, but it is the woman’s body, and therefore ultimately her choice.” –Faye Wattleton, President of Planned Parenthood, Ms. Magazine, 1997

Is there a Link between the Girl Scouts and Planned Parenthood?

Concerned mothers have begun exploring the connections between Planned Parenthood and the Girl Scouts of America. Get the facts before you allow your daughters to join this group. 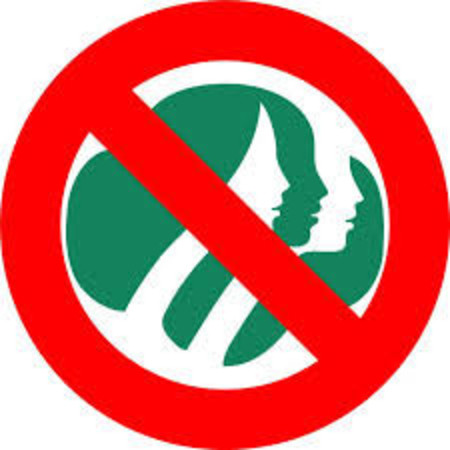 Planned Parenthood has a long and well-documented history of racism beginning with its founder, Margaret Sanger. More African-Americans have died from abortion than from AIDS, accidents, violent crimes, cancer, and heart disease combined. And in America today, a black child is three times more likely to be killed in the womb than a white child.

Since 1973, abortion has reduced the black population by over 25%.

Planned Parenthood operates the nation’s largest chain of abortion clinics and almost 80% of its facilities are located in minority neighborhoods. About 13% of American women are black, but they submit to over 35% of the abortions.

Today, Planned Parenthood is the number one provider of abortions in the United States and received over $350 million in taxpayer dollars in 2009. While they claim that they do much more than abort children, their own figures tell a different story: In 2007, they made only 5,000 adoption referrals, while aborting over 300,000 children.

Although it’s true that Planned Parenthood’s mission is to serve underserved communities, they are inadvertently still following the goal of Margaret Sanger – ridding the world of “human beings who never should have been born.”

Click any of the links below to learn about the racist practices of this taxpayer-funded abortion machine.

The Pivot of Civilization by Margaret Sanger

Woman and the New Race by Margaret Sanger

Number of Women Who Get Abortions at Planned Parenthood